Recent stories from the London area report Kate Middleton is so content staying with her little prince, George, at her parent’s country estate outside of London, that she and Prince William are considering staying with Kate’s parents for a six-month stretch.  Apparently their initial plan was to bunk (and cradle) with Carole and Michael Middleton for six weeks.  That scenario has reportedly changed to a longer stay than originally planned because baby George is surrounded by consistency, tranquility, and the love of Kate’s family.  William and Kate can see it, and they are adamant their son be provided with a peaceful, secure, loving environment where he can bond with family and get a leg up on growing up as a normally as possible.  If only all parents realized the importance of providing an infant with quality physical and emotional care. 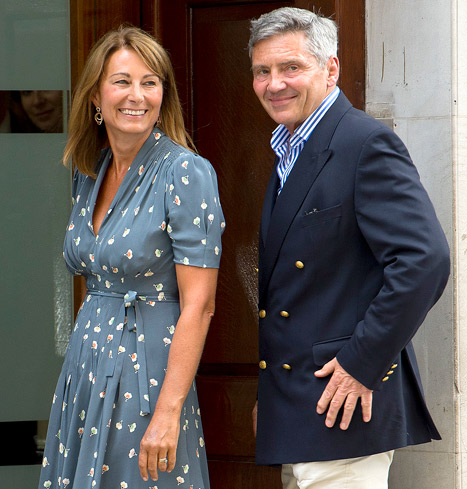 At 101, no one impresses me, and that includes the British monarchy.  People are people, and in my book each person proves him or herself by their actions.  Whether George Wales (I think that’s his name, but don’t hold it against me if I’m wrong) is royalty or not, he’s an innocent baby and deserves the best start in life possible.  Every newborn deserves this, regardless of the type of family from which he/she hails.  There’s more than education, fancy titles, and financial security that allows a healthy child to grow into a healthy adult (physically and emotionally.)  Heavens knows how many high-profile, wealthy people exist in Los Angeles alone, with lives filled with rehab, poor choices, and instability.

As I understand the situation, Kate’s parents come from humble backgrounds and have built their fortune through a party supply business.  Not my cup of tea, personally, but I do appreciate people who take the self-made route in life.  In general, these people tend to be more appreciative of what they have.  They are often able to regain their basic sense of who they are, which bodes well for a stable and emotionally secure life.

One thing William likes about Kate is that her family is stable and grounded.  Good for them.  I hope it’s true.  No amount of money or education can buy that kind of stability.  William was a young teenager when his mother, Diana, died in a tragic car crash.  No doubt he knows firsthand how the loss of a parent, especially at such a young age, can create a gaping hole in one’s heart that craves stability and consistency. 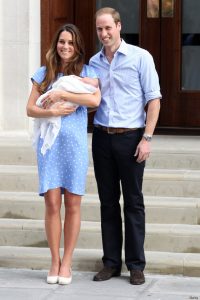 William seemed pretty deliberate when he selected Kate to be his partner for life.  Despite his title, wealth, and pick of the lot, I give tremendous credit to a young man who seriously considered the emotional stability of his wife.  He not only desired it for himself, but for his children as well.  Given Kate’s desire to be at home with her parents in Bucklebury demonstrates her ability to prioritize and place stability and love before palaces and nannies.

George’s maternal grandmother, Carole Middleton, is said to be comfortable with children, including infants.  She reportedly has the ability to get the littlest family member off to sleep without much effort.  If the news reports are true, it sounds like tiny George is getting a good start living a healthy life, in every way.  When your grandmother begins advocated for your wellbeing at birth, you are one lucky baby!

SOUL SHERPA encounters many clients who do not have the stability the Middleton family appears to have.  (I’m sure they can all be a little loony, like all of us, but they do appear to have their priorities in order.)  When Lisa encounters clients deprived of stability and consistent love growing up, they have a tendency to keep everyone at arm’s length, including the medical professionals caring for them.  Their ability to trust was commonly compromised when they were small.  Lisa possesses the “radar” to sense this in people, and is able to work well around it.   She wonders, though, how much easier her job would be if she encountered all clients who had the natural ability to trust people who truly do have their best interests as priority #1.  Relinquishing control is never easy.  For those who find it difficult to trust, it’s an extremely tough hurdle to clear before the best patient advocacy efforts can be put in place.

Just something to think about, as I watch this tiny baby in the United Kingdom.   I could care less about the titles his parents hold.  What I do care about, admire, and encourage all new parents, grandparents, aunts, uncles, and close friends to think about is this:  The more stability you bring to an infant’s life, you increase the odds that baby will grow into a well-grounded, stable, and trusting adult.  When crises arise (and they will, I guarantee it) that foundation provided in early life will help a person get through health and life care challenges better than someone without a similarly solid emotional foundation.

So to the Middleton family, Kate, and William, I congratulate you on your sensibility.  It’s that sensibility I wish people would pay attention to, rather than to your royal trappings.  May your son live to be a centenarian, like me, and possess a personal foundation allowing him to navigate his life’s challenges wisely.  Finally, may he be surrounded by true and caring friends and family throughout his years.  Believe me, that’s the most valuable gift any human being can possess.  In times of crisis, it’s the difference between living and dying.